“The world’s deserts are increasing in size at about 120,000 square kilometers annually, predominantly through destructive farming methods. That is an area the size of Nicaragua and this should scare the shit out of everyone”

Factory farming, big-agri, monocultures – our current farming methods are responsible for loss of topsoil, deforestation and the extinction of wild plants & animals throughout the world. If desertification continues at this rate, two thirds of the planet’s landmass will be desert by 2100. That’s most of Africa, Australia, Central Asia & the Western US.

Desertification through inappropriate land management, exacerbated by climate change is one of the biggest threats facing humanity. From Africa to India, China, Australia, and the Southern USA, deserts are growing at alarming rates – about 120,000 square kilometers annually. According to the United Nations, desertification is potentially the most threatening ecosystem change impacting livelihoods of the poor.

The worlds population is set to grow to 8.5 billion people by 2030, much of it in the developing world. The existing petro-chemical based food production system, with its ever decreasing rates of return and eco-system damage, will destroy what is left of the world’s resources – unless a better way is found to grow food. 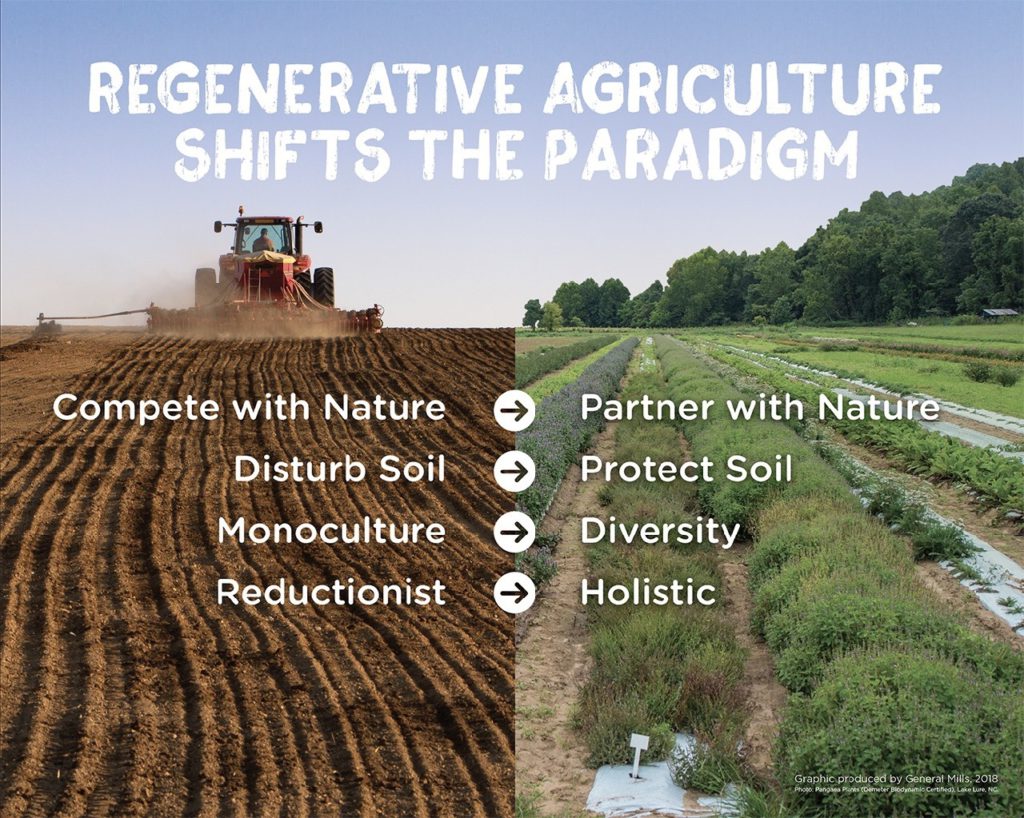 Imagine an agricultural system that can feed everyone, works with natural cycles, builds soil and cares for the wellbeing of animals. This is regenerative agriculture – farming with the intention to improve the land, building fertility through natural methods and planting diverse polycultures. Animals farmed using these methods are healthier, live in a stress free natural environment & require substantially fewer inputs such as feed and medication.

Known as the original pioneer of Regenerative Agriculture and Holistic Management, Allan Savory is the president and founder of the Savory Institute, a Colorado nonprofit that supports the restoration of grasslands across the globe and has had a big influence on the formalization of regenerative agriculture methods.

Originally from Rhodesia (Zimbabwe), Allan Savory was strongly influenced by Jan Smuts’ concept of ‘holism’ – that recognizes that natural systems need to be understood as wholes, rather than a collection of parts.

This philosophy, when combined with his extensive studies of stock grazing methods around the world & observations on the loss of grasslands through inappropriate management methods, led Savory to the conclusion that the solution to desertification and topsoil loss in dry climates was primarily in how grazing animals were managed.

Traditional European & American farming methods included a period of ‘letting the land rest’ or leaving the fields ‘fallow’ to improve fertility. When these same methods were exported to hotter, drier & more variables climates – most notably the grasslands of America & Africa, this seemed to have the opposite effect – vegetation was reduced and soil turned to dust.

Brittle climates, such as grasslands, have a wide range of humidity throughout the year – short wet seasons give way to long dry summers. Devoid of the huge grazing herds of bison, wildebeest & buffalo that once ranged these lands and deprived of the grazing & manure they provided, these grassland soils quickly eroded, losing organic material & topsoil during the drought & flood cycles.

Within a few generations of farming annual crops, this lack of understanding of the relationship between grazing animals & soil fertility resulted in dust bowls, hunger & the depopulation of farming communities. This process continues in many of the arid climates around the world today.

The role of animals

Before human settlement in these regions, high numbers of large, herding animals concentrated and moved around in the presence of pack-hunting predators, both vital to maintaining the health of the land.

These large herbivores churn up the soil with their hooves, trim the grass to let light in to ground level and cover the ground with manure & urine. They herd together and then move on when most of the tasty easily accessible grass has been eaten. Following the herds come the birds – the guinea fowl, egrets, geese and chickens who spread the manure, eat the bugs and sanitize the land.

Most importantly, when plenty of range land is available, the large herbivores do not return until the grass has recovered and is growing vibrantly again – at most every 6-8 weeks. In this way the organic content of the soil is ever increasing, as is the topsoil and the number of plant species that can be sustained.

Regenerative agriculture makes use of this natural system while producing food for people. By cycling livestock, fowl and crops over the same land in a carefully managed process, food output is increased while doing away with the need for chemical fertilizers, pesticides & herbicides.

Polyface Farms in Virginia has been at the forefront of regenerative grass-based farming for 40 years. Headed up by Joel Salatin, they have spread the methods of regenerative agriculture throughout the world while producing pasture raised meat & eggs. A South African devotee to the Polyface method is  Farmer Angus of Spier farm in Stellenbosch, South Africa who produces pork, beef & eggs according to these methods.

As Farmer Angus puts it “The pastures were established with a variety of different perennial summer and winter legumes, herbs and grasses. Once an area has been grazed, the animals are moved giving the pasture and soil time to regenerate and fully recover. A minimum of 6 weeks passes before the pastures are grazed again. The cattle are moved four times a day, the pigs every three days, the broiler chickens, in safe enclosures, are moved daily and the laying hens, accommodated in constructed Eggmobiles, are moved daily.”

Whilst there is more intensive livestock management required, these methods eliminate the need for fertilizers and toxic slurry management – whilst sequestering carbon, reducing feed costs and ensuring that the animals eat a diet that is natural, seasonal and properly suited to their digestive needs.

The use of no-till conservation agriculture practices continues to grow rapidly around the world. Many studies have shown that soils that have never been tilled are richer in organic material, oxygen & soil-life.

By practicing no-till agriculture, farmers are able to reduce their fuel and machine costs while improving soil fertility. Cover crops or green manures are grown, such as nitrogen fixing legumes like cow peas and soil conditioning tubers & radishes.

A key feature of all regenerative agriculture methods involves reducing our dependence on annual crops & vegetables. It is estimated that around 80% plants currently eaten by humans & livestock are annual species. These are shallow rooted, energy intensive crops that require plowing, fertilizing and pesticides when grown in industrial monocultures.

Tree based systems are an important component of regenerative agriculture and some of the most productive land-based food sources. With very little maintenance – once established, trees produce foods such as nuts, fruits, oils and honey in abundance every year.

When combined with other perineal plant species like berries, edible ground covers, tubers and vines, a food forest is created. Once established, animals such as pigs or poultry can be introduced. The trees provide shade, protection & food, while in return the animals fertilise around the tree and keep grasses & weeds under control.

Trees play an essential role in dry climates, by binding soils and preventing erosion and desertification with their roots. And as windbreaks and shade to cool the ground and reduce evaporation. Food producing arid-region trees include figs, mulberries, palms, almonds, olives & pomegranates.

We do not need to destroy natural systems to feed the world, regenerative agriculture is a broad field and is adaptable to any environment, on any scale. All that is needed is bringing natural cycles back to farming and understand the role of animals and time in land regeneration.